CCP SHOP sells a hand-picked selection of tried/tested Police & Security products curated to assist security industry professionals in our day to day lives and keep us safe. Our product descriptions include real life insights into their front line use...

COUNTER CRIME PARTNERSHIP, at its core, is a communication network for retailers, entertainment venues and organisations; aiming to build local working relationships and link communities to combat crime.

Working with former Scotland Yard Control Room Chief Inspector, Steve Benn, who was on the team that rolled out Airwave/Tetra to the Metropolitan Police using the same technology as the new Emergency Services Network (ESN), CCP Radios have nationwide coverage.

STEP 2 - Compliantly share Intelligence with other Members, including images.

STEP 3 - Report Crime to the wider community and save Police Time time by creating an MG11 Witness Statement accessed from the Police Station.

CCP can be adopted by Community Safety Partnerships (CSP), Business Improvement Districts (BID) or Businessess Against Crime (BAC) organisations either in full under the CCP branding OR white labelled under a district's existing scheme branding.

CCP SHOP was born from Members asking for visible membership identifiers to deter wrong-doers and asking each other for product recommendations based on personal experiences.

"The businesses that make up our high streets are a major part of our districts identities and we want to help protect them. These businesses are run by families and employ our friends so supporting them is a core element of the CCP mission..." 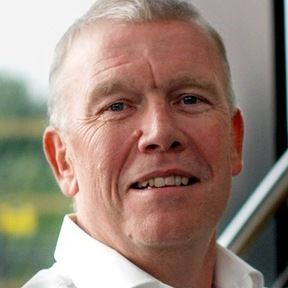 "PTTi are a strategic partner of CCP, giving their radios a virtually limitless range utilising access to the international LTE network..."

Established in 2007 Push To Talk International is the largest supplier of POC services in the UK, with customers ranging from Bus Companies, to Football Stadiums, to Hospitals, to Hotel Chains, to Local Government, to Parking Enforcement and many more. We have over eight thousand users in total.

For many years companies looking to connect with their teams had little choice but to use dedicated, expensive and limited range private mobile radio systems. These options could only offer a compromise; on security, on radio coverage, on capacity and on the need to invest heavily before they had made the first call on yet another dedicated device.

Push to Talk International sweep away these compromises. Wherever your teams are located we can reach them, with almost infinite capacity and clear, fast digital speech. We don’t think you need to compromise any longer! Our team is passionate about group communications. We don’t compromise and neither should you.

COUNTER CRIME PARTNERSHIP is a trading styles of Tendring Security Limited. We are registered in the UK at Companies House under reference 11538334 at the below address...